Architect MARIE STEPHANIE N. GILLES is currently the Principal Architect/ Planner of SNG Design Enterprise, a dynamic service- oriented design firm that has had projects all over the country and even abroad during its more than 2 decades of service.

In 2008, during the Diamond Jubilee celebration of St. Joseph’s College QC, she was awarded as the Most Outstanding Alumna in the Field of Architectural Design by her Alma Mater, where she graduated as class valedictorian in both elementary and high school.

After graduating from the University of the Philippines Diliman, she  already had the opportunity to work with leading professionals in  the field. Her first project exposure was the Union Bank Main Office  renovation in Pasay.

Under the mentorship of Ar. Roger and Roy Villarosa, she formed part of the team that worked on  notable projects such as Shangri-la Hotel/ EDSA Plaza in Mandaluyong,Tektite Towers and  Alexandra Condomimiums in Ortigas, King’s Court in Makati, among others. As a Senior Partner at  PDP Architects, she headed the team that designed Unilever Offices along UN Avenue, BPI  branches all over the country, and several schools such as Casa Real Montessori in Cavite. 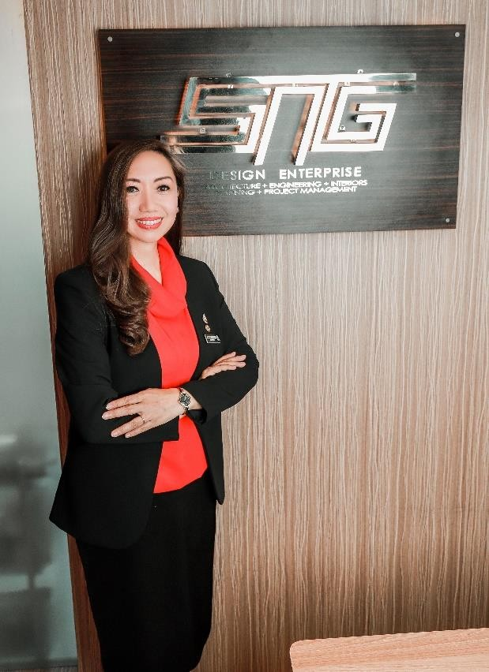 With her exemplary experiences, a number of office projects have been entrusted to her expertise, some of which are:

A registered architect, licensed environmental planner and real estate broker, soon after taking the  Licensure Board Exam for Architects, she took a 3-year course in Italy at the Centro Internazionale  di Studi where she was appointed professor while finishing her academic coursework.